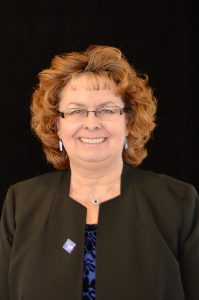 In 2015, Ronda Sauget was appointed as the Executive Director and CEO of the Leadership Council Southwestern Illinois. In this role, she is responsible for identifying and mobilizing leaders in business, industry, labor, education and government, and building effective partnerships to address regional economic development issues, often playing a leadership role in advancing those initiatives that top the Leadership Council’s priority list.

Dr. Sauget has served with the Leadership Council for many years as an Executive Committee member, as well as on all of the current committees. She is a past Vice President (2012), President (2013), and Chairman (2014) of the Board of Directors. In 2016, Dr. Sauget was appointed by the 8th District Federal Reserve Bank of St. Louis to serve on the Workforce Innovation Task Force for the district. Also, in 2016, she was selected and served as the 1st Honorary Base Commander of the 375th Air Mobility Wing, Scott Air Force Base, IL. In 2017, Dr. Sauget was selected and serves as the Air Mobility Command Civic Leader for Scott Air Force Base, IL. In 2018, Dr. Sauget received the Air Mobility Command Public Affairs Special Achievement Award for Communications Excellence. This award of distinction was the first to be awarded to a civic leader in recognition for outstanding contributions in critical Air Force retention efforts. Dr Ronda Sauget has also been selected to be a part of the Secretary of the Air Force Civic Leaders program representing Air Force Reserve Command and Air Mobility Command worldwide at the Air Force Headquarters, Pentagon, Washington, DC.

Prior to this role, Dr. Sauget brings to the Leadership Council over 20 years of experience working across industry sectors and consulting roles in strategic management, market research, and executive leadership. She was the President of her firm, Validus Business Strategies LLC, and served 10+ years as the Executive Director of Archview Economic Development Corporation attracting millions of dollars in new investment and creating hundreds of regional jobs in Southwestern Illinois. Formerly, she was a SVP and Corporate Director of the Competitive Worldwide Intelligence group at Fleishman-Hillard International Communications, LLC, wherein she developed and directed one of the agency’s top revenue generating groups. In this capacity, she conducted hundreds of industry and competitive positioning research, analysis, and strategies for many of the agency’s largest domestic and international clients.