To learn more about committees or to put forth an issue for consideration by any committee, contact the Leadership Council office at office@leadershipcouncilswil.com. All Board of Directors and their companies are welcomed to participate on committees. 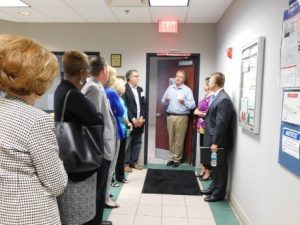 In 2021, partnering with Intersect Illinois, the Leadership Council Economic Development team began developing a presentation to highlight manufacturing in Southwestern Illinois. The finished product was unveiled in early 2022 and will be used to promote the region to site selectors and companies looking to locate here.

The EDLT also organizes the topics for ED Network meetings and communicates frequently with network members on issues and sponsors seminars on economic development topics.

Economic Development Network (ED Network)
The Leadership Council serves as the coordinator for the broader group known as the ED Network and is made up of over 80 leaders in economic growth in the Southwestern Illinois region and practitioners active in economic development roles. The purpose of the ED Network is to build relationships through interaction among economic development professionals, promoting professional growth, and development through speakers and participation in activities. The EDLT facilitates information exchange among network members on developments and issues that influence economic growth throughout the St. Louis region, peer interaction, and relationship building. The group meets quarterly at different locations of interest in the Southwestern Illinois region. 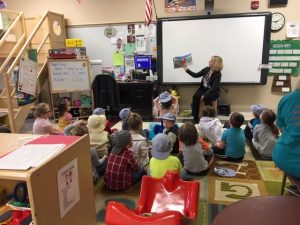 Education is one of the key areas of the Leadership Council and one of the initial foundation committees of the organization in 1983. Founding members of the Leadership Council recognized this field as a key component in development of thSouthwestern Illinois region. School systems in this region, as well as institution of higher education, exemplify excellence in providing opportunities for students from Pre-Kindergarten (Pre-K) through graduate studies to gain knowledge, grow, and develop as productive members of society. Without a doubt, investments in education have been significant, amounting to millions of dollars in new building construction, job creation, and advancement in educational achievement.

The education committee keeps the Leadership Council informed of legislative changes that impact policy, funding, and performance measures. In addition, the committee is a liaison for communication and action planning between public schools and higher education institutions in addressing the current and future needs of business and industry. In addition, the education committee mentors the future generation of leaders through the Leadership Academy program allowing individuals to meet senior leaders who are experts in their field and attend a low-cost training session(s). 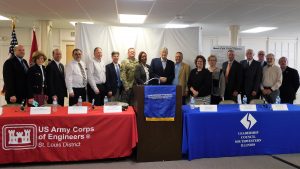 Administered by the Leadership Council, the St. Louis Metro East Levee Issues Alliance (LIA) serves as the organizational framework for the regional, public/private effort to help prevent the unintended economic consequences produced by FEMA’s update of the flood insurance rate maps in our region. The Alliance’s coalition of business and civic organizations, community leaders, and concerned citizens is currently working to help ensure the timely completion of the levee improvements so they meet new federal standards and continue to protect the lives and livelihoods in the American Bottom, which is home to 156,000 residents and 55,000 existing jobs.

The LIA has been working diligently with the SWIL Flood Protection District Council, U.S. Army Corps of Engineers, counties, and our federal legislators to complete the American Bottom Levee Project for the 100-year level of flood protection. Functioning as the “watchdog group,” continuing to ensure work is completed on time despite river levels. The $110 million of construction has been 100% completed for the 100-year level of protection while the work continues to the 500-year level of flood protection. FEMA issued its final letter of recertification of the American Bottom Levee System in April 2022. While this project has been one of our region’s most successful public/private partnerships, it is critical to continue to fight for the residents and businesses in the American Bottom area from future governmental building and expansion restrictions and negative perceptions. 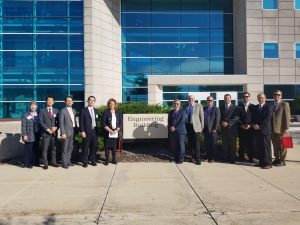 The committee is charged with gaining and maintaining membership, as well as providing leadership, guidance, support, and direction on the various marketing and communications efforts of the Leadership Council. The group evaluates membership, policy, procedures, and provides direction and guidance to the Executive Director on membership items. The committee works diligently to nominate and secure new members that meet the criteria for membership. The group also serve as the official “welcoming committee” for the organization to new members at Board of Directors meetings and events.

Board member orientation is conducted semi-annually to enable members to meet each other and to gain understanding of the Leadership Council’s mission and how the work of the organization is accomplished through the various committees.

The committee also helps with:

The committee makes recommendations for changes that, where required, will be presented to and approved by the Executive Committee of the Leadership Council.

The Military Affairs Committee (MAC) of the Leadership Council was established in 1984 to preserve, advocate, and enhance Scott Air Force Base (AFB) through education of the general public and interface with elected officials, military leaders and surrounding communities to identify core needs and develop mutually beneficial strategies. A core focus is supporting the airmen at Scott AFB, spouses, their family members, and encouraging over 250 members to join us in that effort. The Committee’s mission is to serve as the organizational framework for the public and private sectors of Southern Illinois to understand, identify, and serve the mutual needs of Scott AFB and its 31 Mission Partners, the Department of Defense, regional military installations, and the greater St. Louis region. The goals of the Military Affairs Committee cover several distinct areas, including: 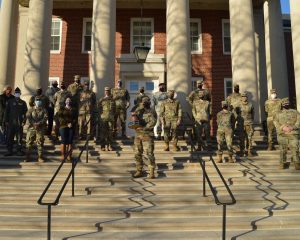 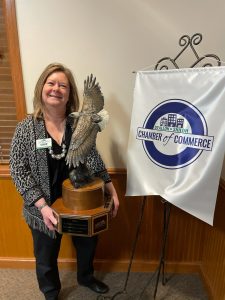 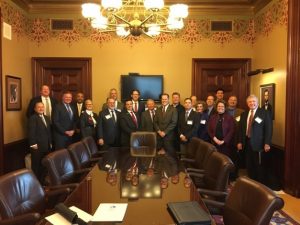 The 2012 Leadership Council membership survey directed the leadership to focus in a more direct way on Southwestern Illinois Public Policy. The Public Policy Committee was launched in October 2013.

The purpose of the Public Policy Committee is to actively engage the state and federal legislative process related to important issues deemed to be essential to maintain and grow the economy of Southwestern Illinois. The Public Policy Committee provides leadership and direction to the efforts of the Leadership Council so our members’ voices on these issues can be communicated and understood by legislators, decision makers, regulators, etc. to enable necessary changes. A pro-active, action-oriented strategy is being implemented.

The Public Policy Committee members develop and recommend an annual agenda approved by the Executive Committee and communicated to the Board members. Two to three key priority state and federal issues will be decided each year based on data from the Leadership Council Committee’s initiatives, retention visit data and knowledge of their field of expertise. The members will utilize a consensus approach to choose the priorities considering the interest of all 5 key areas. Filters will be applied to ensure they meet the level for inclusion. A position statement and action steps will be developed for each issue and managed over the year to update the actions as accomplished. Emergent issues throughout the year will be brought to the Committee and will be managed in a similar fashion.

The Public Policy Committee organizes and schedules interaction with legislators to communicate the issues and action steps requested, as well as provide a forum for Leadership Council Board members to interact with our representatives. Suggested meetings to be scheduled include fall and spring State Legislative Meetings, a summer meeting with the Federal Delegation, State Lobby Day and other events as deemed necessary. The purpose of these meetings will be to have our representatives update the Leadership Council members on their actions on our Key Issues and provide a forum for discussion. 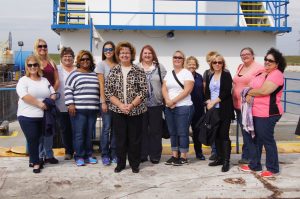 In 2011, the Leadership Council launched the Southwestern Illinois Transportation Enhancement (SITE) Initiative, creating a new working group composed of individuals representing rivers, rails, roads, transit, trucking, and runways. The Council’s original transportation/infrastructure committee, which played a key role in advancing significant projects such as the Clark Bridge, the I-255 extensions, the New Mississippi River Bridge, I-270 Bridge, restoration funding for the Merchant’s Railroad Bridge owned by Terminal Railroad all remains a key component of this working group. SITE’s mission is to drive economic development in Southwestern Illinois through transportation infrastructure. 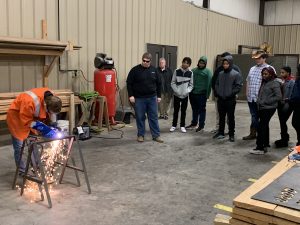 The Workforce Development committee was formed in 2022 by merging two long-standing committees, Labor Management & Manufacturing Steering. The goal of this new committee is to build a skilled workforce in our region by educating students about career pathways outside of the traditional 4-year college. The committee also focuses on closing the gap between the entry rate of new skilled workers to the rate of retiring workers so the fundamental threat to the success of skilled labor and manufacturing in the region can be reduced.

History:
The Labor Management committee was founded in spring 1983 and was the first committee of the Leadership Council. Its original purpose was to improve the labor management image of Southwestern Illinois and build a skilled workforce in the crafts and trades. In addition, the committee also focused on addressing issues related to the construction and building trades industries.

The Manufacturing Steering Committee was formed in May 2014 to evaluate challenges manufacturers face, determine key issues that encourage growth and discourage growth, prioritize key issues and identify which ones we have influence to change.

The two committees were merged in Summer 2022. 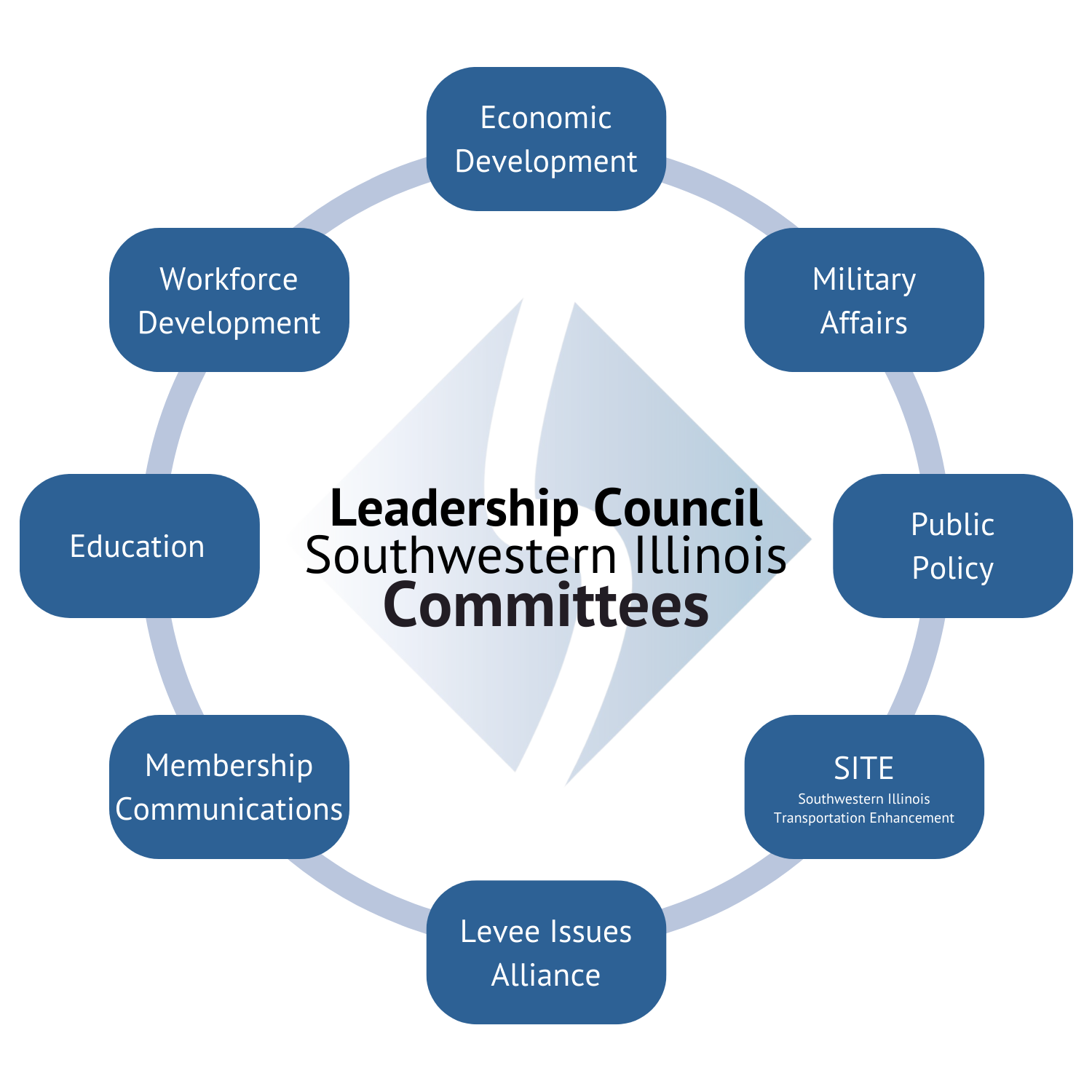 The Leadership Council Southwestern Illinois is pleased to announce the promotion of two of its...

END_OF_DOCUMENT_TOKEN_TO_BE_REPLACED

The Leadership Council Southwestern Illinois is pleased to announce the addition of 9 new members...